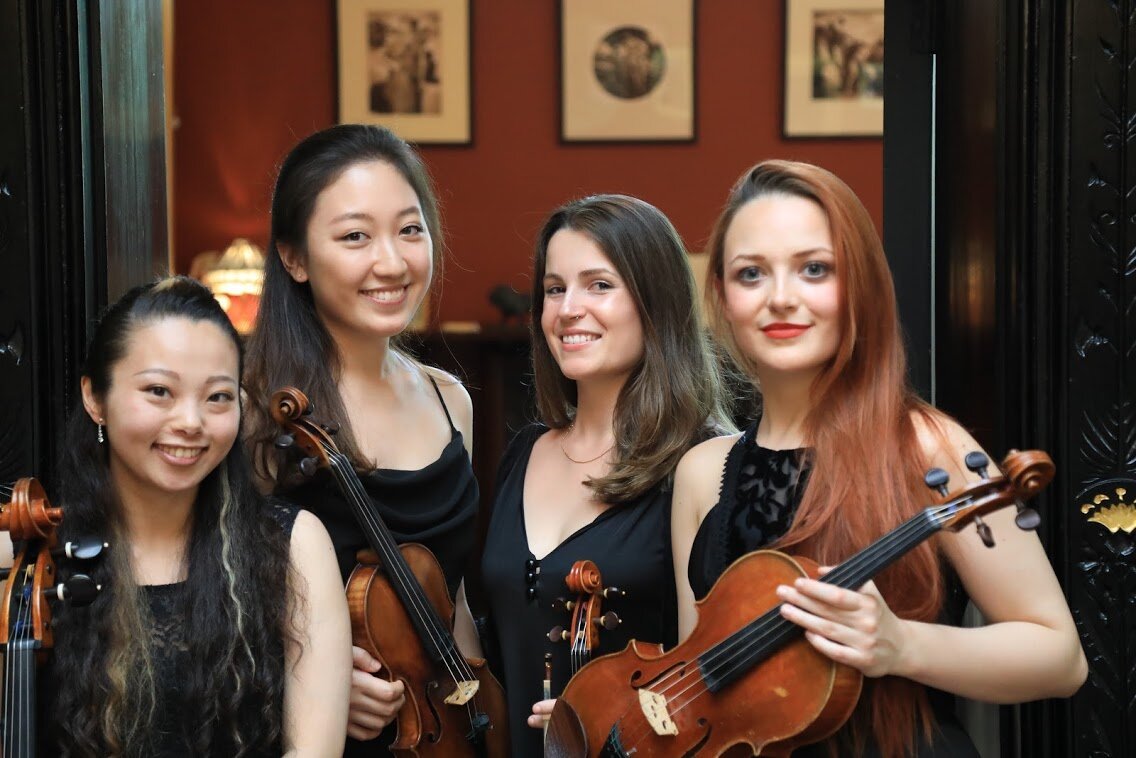 We are delighted to welcome the Salomé Quartet to Norfolk at last. They were due to make their début at NNMF in August 2020 but of course that Festival never took place. This truly international ensemble was formed in 2016 at the Royal College of Music; its members are Haim Choi (South Korea), Coco Inman (Japan/UK), Kasia Ziminska (Poland) and Shizuku Tatsuno (Japan). They have performed worldwide in venues including Muzikverein (Vienna), Mozarteum (Salzburg), Unesco Hall (Paris), Lutoslawski Concert Studio (Warsaw), Tel Aviv Opera House (Israel), as well as Wigmore Hall, Barbican Centre, Southbank Centre, Royal Albert Hall and Cadogan Hall in London.

Their programme of well-known string quartets by Haydn and Schubert encompasses an English gem at its centre, Frank Bridge’s Three Idylls, from 1906, and from which Bridge’s pupil Benjamin Britten drew the theme of his 1937 work for string orchestra, Variations on a Theme of Frank Bridge Op.10.